The famous idiom “prevention is better than cure” is most appropriate when it comes to fire-safety and fire-damage. Fire alarms smoke detectors are a must-have in your home and office. They are recommended by all local authorities because they save lives. The government of Australia has issued laws regarding the placement of smoke alarms in residential buildings.

In many research studies and practical situations, smoke alarms have proven to work. If a fire starts while you’re sleeping, an alarm will sound waking up your family so that you can escape unharmed. Everyone thinks that disasters like a house fire will not happen to them, but there are over 11,300 house fires each year across Australia. More than 60 deaths occur each year and the majority of these happen during the evening hours from 9pm to 6am

What Is a Smoke Alarm?

A smoke detector is a device that is used to detect smoke indoors to indicate the presence of a fire and will trigger an alarm sound to alert anyone inside the building to evacuate.

A smoke detector consists of two parts – A sensor to detect smoke and a horn to alert people the presence of smoke. Most of the smoke detectors operate using either a 9-volt battery or a 120-volt electrical house current.

There are two main types of smoke alarms used in Australia. They are:

Ionization smoke alarmsIonization smoke alarms work well with an open flaming fire that has already been developed. These types of alarms contain a small trace of radioactive material which ionizes the air and triggers the alarm when the flow of ions is disrupted, hence the name “ionization smoke alarm”. Learning how to use a fire extinguisher can be highly beneficial to combat a small fire, otherwise evacuating the building is the safest option.

This is why today’s experts and the Australian government recommend photoelectric smoke detectors in households. When the smoke alarm detects smoke it will sound an alarm that everyone can hear. The family can attend to the issue before a fire can enlarge or evacuate if the flame becomes out of hand.

How often should I test my smoke detectors?

It is recommended that you should get an expert such as Gordon’s Powers to accurately test your fire alarms smoke detectors. This is because we will be able to thoroughly examine both the smoke sensor in your unit and the horn sound. It’s critical to note that you should test your smoke detectors on a monthly basis. What’s more, you should have the batteries replaced at least twice a year.

Need help with your fire alarms and smoke detectors upgrades or installation. We have level 2 electricians on call our 247 emergency electrician service today. Find a Gordon’s Powers Sydney electricians near you now.

Our Five Promises To You

2 We Promise to be delivered on time with a smile

4 We Promise to price by the job, not hour

5 We Promise to clean up after ourselves

Why Is It Essential To Hire Electrician For Installing Smoke Alarms?

Smoke alarm installation is a special skill set and individuals who are into this work will be well trained and experienced. The primary goal of installing these devices is to protect from the fire, so getting it installed by our professional electrician will ensure that the device works properly.

You can rely on the professionals from Gordon’s Powers to provide you and your family with safe and secured smoke alarms for maximum protection against electrical fire. For urgent electrical installations or replacements, our emergency 24-hour electricians can be of assistance around the clock.

Where Should You Place Smoke Detectors in your House?

It’s not enough to have a smoke alarm fitted – if it does not cover your full property, you may as well be without. There are some basic rules to follow, when protecting yourself, your family and your belonging against a fire. In Australia, each building and home must adhere to NFPA 72, National Fire Alarm and Signaling Code, where a smoke alarm should be:

We had an issue with our lighting in our garden. As new tenants, we were completely in the dark as to how everything was set up and supposed to function. Gordon’s Powers came in and diagnosed the problem. It was large and involved a whole enw installation, which was scheduled for the following weeek. They came back and stayed until 10pm on a friday night to finish the job! they took the time to explain to me what they were doing and how it all worked so I could have a better understanding of it all going forward Thanks guys!!
Brown Smith

24 hour team of electricians were great! On time, listened to my problem and game me options. My outdoor lights were not working and my front door sensor light was broken. The electricians had everything on board, no time wasted and job well done!
Tina Carter

We had some electrical work done last week, and we found a problem with the fan not coming on when the light switched on in our bathroom. Aaron came today to fix the problem. He recognized what the problem was and fixed it very efficiently. Thank you.
Jack Walker

Dylan came out to change 80 globes to LED and the transformers as well he installed sensors for the front of my house. Furthermore, he repaired my garden lights that weren’t working. Dylan worked tirelessly and professionally completed the job. Well done and I was very happy with the work. Thank you.
David Lynn

It was last night when i needed an emergency electrician, and like what most others are saying in here I would agree that these guys are prompt, well presented and got the job done without any hassles….
Alex Ryder

Wonderful service and workmanship. Excellent service from the first call to the completion of the work…
Eva Soft

Most Popular Services This Month 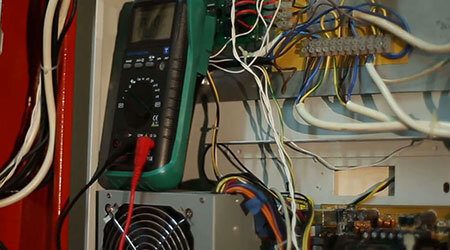 Struggling to keep your power on? Speak to Gordon's Powers today for some hot deals you can grab! 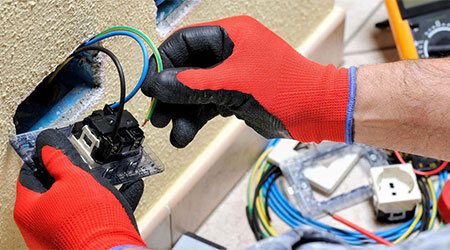 Need an extra powerpoint installed or repair a light switch? Give us a call to see how we can help you! 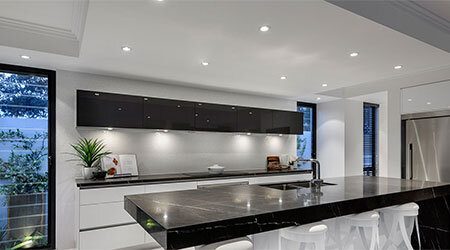 Looking at upgrading your existing lighting design? Speak to us today to give you the latest innovations! 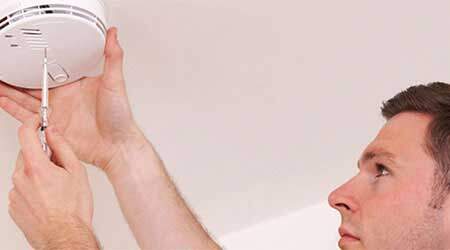 Need a smoke alarm installed or not sure if yours is working? Get us out there to test for your peace of mind. 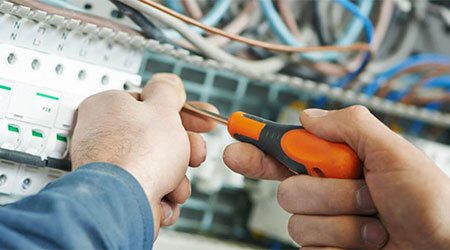 No power? Pole has fallen? Is your switchboard/fusebox cooked? We're the professionals for level 2 electrical jobs! 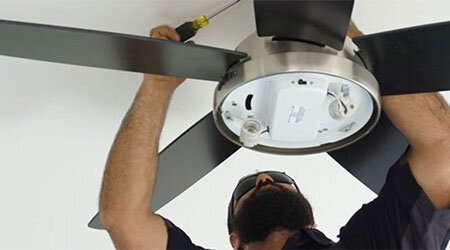 How about a fresh breathe of air in the living or bedroom? Keep cool with our ceiling fan installations!

Looking at upgrading your existing lighting design? Speak to us today to give you the latest innovations! 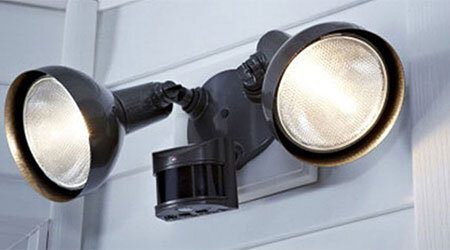 You can never have enough security lighting! Get our experts to look where we can install your next sensor light! 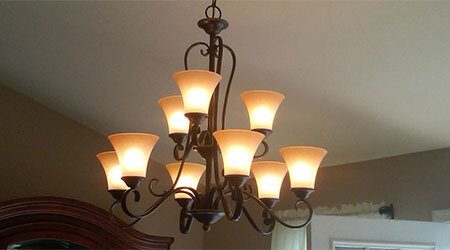 Gordon's Powers glade to say we have mastered the industry with our latest and innovative chandelier installations!

The Dangers of Overloading a Powerpoint

What’s the Difference Between Amps, Volts and Watts

How Smoke Alarms Can Save Your Home and Your Savings

Book online or call us to save $50!*
Learn more

We strive to build long lasting relationships with all of our customers by prioritising their needs to achieve 100% satisfaction.