When people hear the term “short circuit”, they often believe it as any wiring problem in an electrical circuit.

But specifically, a short circuit refers to the event where electricity strays outside the primary pathway of a wiring system.

Moreover, it is among the most frequent electrical emergencies and is the cause of most electrical-related household fires in Sydney. Hence, adding better protection for your home requires a better understanding as to why does a short circuit occur. 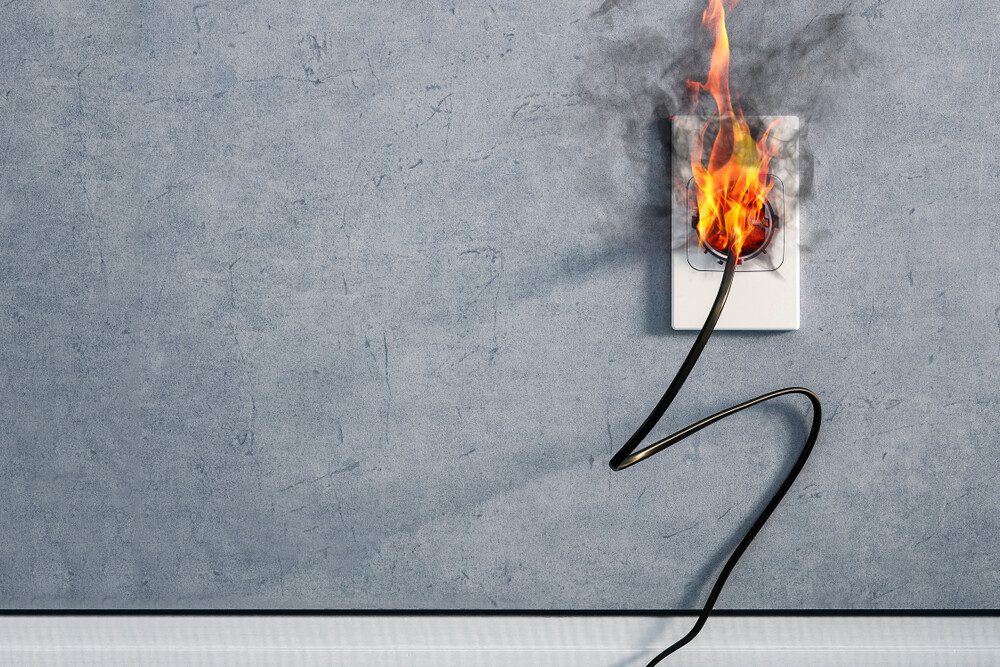 Before that, let us know more about the nature of a short circuit.

Definition of a Short Circuit

Like previously said, short circuit happens when the electrical flow travels a shorter distance than the established wiring.

When the connections loosen and break, the current will flow back through other conductive materials, such as wet concrete or wood, metal pipes, or even through a human being. That’s why a short circuit poses the threats of electrical fire or lethal shock.

Although a short circuit is a specific term, there are two different scenarios that both qualify as short circuits.

Electricians use the term short circuit to describe the situation in which a live wire touches a neutral wire. Wire insulation could melt or deteriorate and expose the copper wiring.

When these conductors touch, a large amount of current flows through the new pathway. As a result, sparks and arcing could occur, producing cracking sounds, smoke, as well as flames.

A ground fault short circuit happens when a hot live wire comes in contact with a grounded component of the system, instead of a neutral wire. These portions could include:

Unlike a classic short circuit, a ground fault has fewer chances of catching fire. However, there is a significant threat of electric shock, as the electrical current energises bare metal parts that people typically touch.

There are several electrical faults that cause a short circuit, and the following problems are most often to blame.

Over time, wiring insulations could melt and deteriorate due to frequent changes in temperature and physical weathering. When this happens, the bare wires could touch, causing a classic short circuit.

Moreover, pests such as rats and rodents might gnaw on circuit wiring, exposing the conductors. So if you find one scampering on your attic, be sure to check the nearby wires.

Thermal expansion and subtle vibrations could loosen electrical attachments and fixtures. When this happens, the internal connections could come in contact, shorting the circuit.

Additionally, fixing electrical fixtures and wire connections can be challenging, notwithstanding the risks of electric shock. To avoid emergencies from loose contact points, you should only let those thoroughly familiar with wiring work handle the repairs.

The internal wiring system of an appliance becomes an extension of the circuit when plugged into a wall outlet. Hence, using old and broken appliances can develop internal short circuits.

Furthermore, short circuits in appliances occur in outlet plugs, power cords, or the internal circuit board itself. Due to the complexity of some devices, it is best to have a professional inspect the internal wiring.

Besides, installing protective equipment together with regular maintenance can help protect your system from short circuits.

Because short circuits are the leading cause of electrical-related house fires, you must reinforce your wiring system to protect your appliances and property.

There are a lot of electrical devices that you can choose from in terms of safeguarding your wiring system. Some vital components include:

When your safety components trip frequently, it must be an indicator of an underlying fault, such as leaking wires or power overloading. Before it ends up shorting your circuits, you should inspect your electrical system and try to fix the flaws.

However, if you cannot find any obvious problem, it is best to call a level 2 electrician and let them deal with it.

Your Solution to Electrical Repairs

Movie nights and family bonding are best enjoyed when you don’t worry about your electrical system. To protect your home from electrical emergencies, trust only the reliable Level 2 electricians at Gordon Powers.

Our certified Level 2 electricians will diagnose and isolate any electrical fault inside and out. We have the tools and experience to identify hotspots and prevent short circuits and other electrical emergencies. Wherever you are in Sydney, we’ll be in and out within the hour.

Why Incandescent Lights Are Being Phased Out